Disclosure: This blog contains affiliate links, so when you click on them to buy any product/service, we might earn a commission at no extra cost to you. Read more..

Are you an enthusiastic game developer looking for a Web3 gaming infrastructure?

If yes, Solgames.fun is your destination for NFT-based gaming infrastructure. Let us learn more about this exciting fun gaming NFT platform in my Solgames review.

In this Solgames review, we will talk about:

Solgames is a gaming marketplace that brings game developers, hard-core gamers, and designers into a common ecosystem.

The gaming marketplace is powered by the Solana blockchain and provides Web3 as an infrastructure for game developers.

It is a play-to-earn gaming platform that houses Web3 games for every game player.

Solgames facilitates the smooth transition of Web2 games into Web3 by introducing NFTs and SOLG tokens into the solverse.

Solgames SDK is the crucial aspect that game developers can use to launch their games and earn royalties.

By integrating the SDK into the game, developers can deploy crypto rewards to gamers. But the ticket to gain access to the entire Solgames ecosystem is the NFT.

The game designers create unique NFT collections for every game on Solgames.

Before game players start playing, they need to buy the NFTs and SOLG tokens.

These digital assets provide access to play any game on Solgames.

Moreover, the users can trade these assets in the Solgames marketplace. Thus, enabling the game developers and designers to earn a commission.

The Solgames ecosystem stands out for its flexibility and transparency to the game developers, players, and fans. Its core features include:

Web and open-source games with high potential can provide value to the developers by utilizing the on-chain Web3 as an infrastructure. Crypto rewards and NFTs can tokenize these games.

In the Solgames ecosystem, the $SOLG token is proprietary, and its utility is across staking, marketplace, Solgame, and much more.

The one-stop shop to purchase, sell or trade gaming assets like NFT collectibles and other items using the $SOLG token.

To fortify the crypto rewards earned and won through Solgames, the cryptocurrency can be staked.

Besides earning game developers and game designers can build their portfolio by becoming a part of the Solgames ecosystem.

Solgames is a gaming marketplace built on the Solana blockchain. It enables game developers to release their games and earn rewards:

Additionally, developers receive a customized dashboard to display their body of work in game development.

You may think of it as GitHub for game creators because it allows them to showcase their proof of work and contributions to the gaming industry in one location.

What’s better than getting paid for it?

Similar to this, players can receive incentives while gameplay in the form of NFTs and SolG tokens, which they can then exchange on the Solgames market or other NFT markets like OpenSea or different DEXes.

In essence, admission to games offered on the platform requires the purchase of Solgames NFTs, making it a unique login system.

Once logged in, the user can browse a variety of games and, based on the NFT type they purchased, they have access to a particular collection of games.

In the future, Solgames plans to include a multiplayer component.

Launching their game on the platform, game developers only need to link their GitHub codebase to theirs.

Their securely developed APIs will take care of the rest, ensuring seamless integration. There are no additional cumbersome stages and it is clean and slim.

How Are Solgames Real Problem Solvers?

In the traditional gaming industry, creating a game is a laborious and creatively challenging process that is accompanied by several difficulties.

The revenue share earned by the developers is pitifully small and unfair. A developer’s ability to leverage their expertise in game production and the competitive edge they can acquire in the market should only be driven by the quality of the game.

Also, the developer should be the only party to benefit from such benefits rather than a middleman.

Along with that comes the detailed knowledge of the infrastructure that a developer must work with to release their game.

In essence, Solgames aims to eliminate all of these issues and restore the code’s ability to determine its past, present, and future.

The real-world utilization of cryptocurrency has escalated ever since the initiation of Web3 Gaming and NFTs.

As per the report by Blockchain Game Alliance, over 1.4 million crypto wallets are seen authenticating with Web3 games daily.

It represents almost 49% of the total blockchain usage.
Solgames has two major NFTs to showcase to its users.

Also, its Platform NFT hodlers will be provided with a special Discord Role and access to an exclusive private channel having access to all the games.

Players can now begin playing their games by owning one of the 9999 NFTs they have available on the Solgames platform.

They are the masterminds behind the development of the games. Solgames is just a gaming platform. But the vast plethora of game developers who have designed and developed all the browser-based games are the pillars of solgames.
Solgames provides Web3 as an infrastructure for game developers that can upgrade any browser-based game with blockchain infrastructure.
Upon tokenizing the games, they can earn maximum commission and royalties every time the users play, compete and win.

Moreover, each game has its own NFT game collection where the game players need to purchase an NFT to play the game.

These analytics will enable them to stay updated with all the numbers.

Collaborating with Solgames and building different games on the platform will enable them to leverage their revenue to more than 200% and an exposure to the highly engaged Web3 community.

Along with game developers, Solgames is a place for designers and audiences who have a keen interest in design and crypto.

The designers in the Solgames ecosystem design the NFT collections for every game hosted on the platform.

When game players purchase the NFTs to play any game, then a percent of the purchased amount accounts for the royalty to the designer.

They can earn royalties on each gaming NFT collection that they design.

The game fans and designers can buy or sell the NFTs or also become NFT collectors by purchasing the NFTs from different game NFT collections.

The biggest plus point is that game designers can build an NFT designer portfolio.

Players are the main constituents of the solverse. They run the entire ecosystem by playing, engaging, and competing in competitions.

Solgames is a hub for both single-player and multiplayer games. These games are all free to play.

To casually play any game on solgames, they need to purchase NFTs from the game NFT collection.

To win rewards in SOLG, the players need to pay a minimum token amount. Once the leaderboard is finalized the top winners will be rewarded in SOLG tokens.
The winning amount is always pre-determined by the game developer while building the game.

If the player still wants to continue playing the same game, then they opt to recharge the NFTs. The players can stake the SOLG tokens, buy or sell NFTs, and stake the NFTs.

Many of Solgames’ games will incorporate multiplayer functionality, allowing players to use the items they earn via gaming both within and outside of the game.

Additionally, Solgames NFTs have a rental feature that enables NFT owners to earn a passive income while remaining a part of the Solgames ecosystem by renting their NFTs in the marketplace to interested gamers at significantly lower prices.

How can you contribute?

Solgames is looking to collaborate with people who have a passion for creating products for the Web3 ecosystem and practically live there.

People are being hired by Solgames in several disciplines, including community and business development, marketing, growth, and development.

Further, you can connect with them on:

Solgames is a new Web3 based NFT gaming platform for game developers. It lets gamers eliminate the middleman and earn rewards for their project.

I hope my Solgames review helped you understand the platform and its benefits. For any queries related to the platform, you can contact their support team.

Be Healthy, Be Wise, and Keep Sharing!

AffReborn is a blog that aims to provide affiliate marketing tips, reviews, and the best affiliate programs & ad networks. We are growing into a pool of affiliate directory, connecting users with networks

AffReborn is a blog that aims to provide affiliate marketing tips, reviews, and the best affiliate programs & ad networks. We are growing into a pool of affiliate directory, connecting users with networks 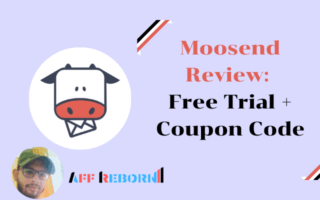 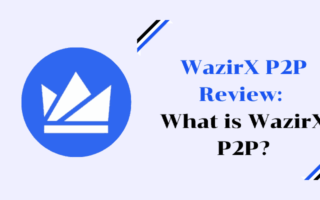 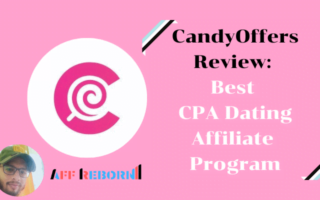 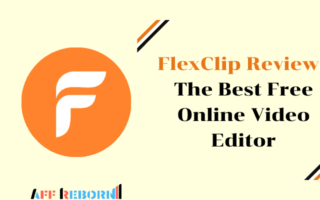